I hope you made the most of the weekend’s easy flow of assertive energy, sponsored by the trine between the high-functioning Leo Sun and Mars in Aries. Another trine between Mars and Mercury helps get the word out, exact on 1:30 AM ET on MONDAY. Meanwhile, the revolutionary spark in the air reflected the rebellious focus of Uranus as it stationed retrograde on Saturday. Have you seen the videos of the 200,000+ protesters in Belarus? Is it a coincidence that the soundtrack accompanying my forecast writing is the rock opera La Revolution Francaise –– which I must have listened to 1000 times when I studied it in high school French class? Time span: 5 mai 1789 – 8 juin 1794 — imaginez-vous.  You can listen to it, too — on YouTube.

The need for emotional and homeland security was driven by the Cancer Moon, moved to action by big dreams on Sunday morning. Action intensified throughout the day, as Moon clashed with Pluto, Mars and Saturn between 1:23 PM and 7:59 PM ET. I hope you chilled during the ensuing void. Which brings us to today, the start of the work week:

Here is the chart for the New Moon in Leo, set in Washington, DC: 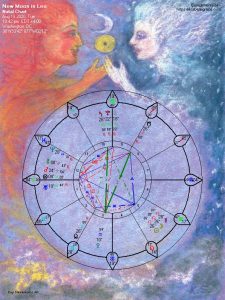 A New Moon in Leo offers the opportunity to plant seeds of intention that reflect our heart’s desire — and don’t be shy about it. Plant those seeds wherever 26 degrees of Leo falls in your horoscope. If you don’t know where that is, consult your local astrologer. In P45’s horoscope, it falls exactly on his Mars, so he’ll be planting seeds of assertion/aggression for the next few weeks.

The Sabian Symbol for this degree is straightforward and hopeful. It is “daybreak,” as Blain Bovee describes it, “the return of a luminous glow after times of darkness, to which gods and men were subject.” Reading further from his wonderful book on these Symbols, we are advised to apply this degree with a mind to “the awareness of a higher spiritual sense of the time of return and renewal; the slightest glimmer of hope; small offerings made with sincerity bringing supreme good fortune.” I’m sold.

Looking at the chart for the New Moon set in DC, there’s an awful lot of Capricorn Establishment “stuff” happening at the MC, as seen by Jupiter, Pluto and Saturn all retrograde. Somehow these planets of extreme control and transformation are likely to influence our public status/leader of our nation in this lunar cycle It’s interesting to see rebel Uranus and Pluto applying to the angles of the chart. This is a marker for impending change, with the Uranus element sponsored in part by its easy connection with Venus in Cancer (nurturing women, values, art, money).

The next exact aspect among planets that do not involve the Moon is a square between Mars and Saturn, suggesting militant action for the sake of authority and/or control. It can also suggest charging into a brick wall. In real time, that aspect is exact next Monday, August 24th. Let’s keep an eye on it, as we carefully navigate the choppy waters otherwise known as the last months of 2020. That Mars-Saturn square will happen three times between now and then.

Let’s move on to…

Oh — I should explain the significance of Uranus turning retrograde, aside from the upsets in the headlines. Know that when a planet is retrograde, the energy it represents is best expressed by turning inward. When direct, Uranus tends to rebel against the status quo set by others. When retrograde, Uranus  suggests a need to set the self free from limits that are self-imposed. So if you have a planet between 6 and 10 degrees of Taurus, Leo, Scorpio or Aquarius, you can expect an intense second test of issues you’ve recently experienced involving freedom, independence, being yourself without compromise and sudden upsets of the status quo. You’ll get a third hit in the early months of 2021, after Uranus turns direct on January 14th.

If Uranus happens to be making contact with the angles of your horoscope, this suggests opportunities for significant change — consult your local astrologer for details.

But first, a warm welcome to new Avid Readers who found me through Heather Cox Richardson’s community on Substack…or from astrologer Jessica Adams on Twitter.

UPDATE: on Kamala Harris, whose supercharged horoscope was first written about here back in September 2018 — and in greater detail in June 2019 for Mountain Astrologer.  The connections between her horoscope and Biden’s horoscope seem karmic, especially with her Saturn squaring his Scorpio Sun and conjoining his South Node. Pundits opining that she may challenge her running mate — and potential new boss — may be right, but such a challenge is not necessarily a negative element, though sparks may fly (her Mars squares his Mercury — how he needs to think). There are other easier personal connections to draw upon, such as her Venus on his Midheaven (she makes him looks good) and her Moon conjunct his Moon. If he is smart, he will defer to her Moon in Aries need to lead and consult with her first.

Bottom line: it’s super cool to see the strength of patterns observed in her horoscope two years ago fulfill their full potential. What’s going on in your horoscope that might be realized a few years from now, hmm? How would it change your plans if you knew there was a peak period ahead? Here’s the 411 on personal consultations.

UPDATE: Avid Readers who’ve been reading this forecast for a few years know that Israel is due for one upset after another. Here’s the 411 from a recent Mountain Astrologer column.  Last week, the Mars-Pluto square activated Israel’s Ascendant (how it needs to be seen). This is a dynamic, transforming pattern — and darned if Israel didn’t announce a peace initiative with the UAE, opening direct phone lines between the countries for the first time in — I don’t know how long. But Israel is far from finished with the transforming and such, as Pluto will not be done with Israel’s angles (ASC and MC) until early 2022.

Last Friday’s big buzz had to do with P45’s acknowledging on Thursday that yes, he is “deliberately sabotaging an institution established in the Constitution to steal the election,” as Heather Cox Richardson explains. Outrage led to protests outside both residences of the newly-appointed Postmaster General Louis DeJoy — a.k.a. Republican/P45 Trump mega-donor and man with millions of dollars personally invested in companies that compete with the post office for business. Photos of blue mailboxes stacked on a flatbed — presumably taken out of service to sabotage the election — made me feel like Cindy Lou Who watching the Grinch take away all the presents and decorations on Christmas Eve.

But when it comes cherished values,  Americans are proving they can be as tenacious as the Whos of Whoville (see video of noisy protest a few links back). On Sunday, reflecting the proactive connections among Sun, Mars and Mercury, Nancy Pelosi called members of Congress back to work sometime this week so they can stop the madness. As for why USPS is under such stress, we do see in the U.S. horoscope that its Mercury (a.k.a. the Messenger Planet) is being hammered by Pluto (extremes, breakdowns, power plays) and the destructive potential of the dwarf planet Eris. This is the warrior goddess who will fight for a place at the table by whatever means necessary.

Guess who else has a planet being hammered by contact with Eris? P45, whose Venus (what and how he needs to love, women, money, values) was in an exact aspect with Eris on August 11th and again on August 14th. In his horoscope, Venus refers to siblings, mindset, communication, professional and family status (i.e. reputation). The pattern has been in effect all year — but it’s quite interesting that in the past month there has been such a focus on his brother Freddie and his brother Robert (who died in a hospital on Saturday). It’s also apt to observe that Eris is in a challenging pattern to P45’s natal Mercury-Neptune square, which is an apt astrological explanation of why his inability to tell the truth is so harmful and compulsive.

Special shout out to Avid Reader Karen, who wrote to thank me for including helpful links to check your voter registration status and request your absentee ballot. You  can drop your ballot off at your local Board of Elections or other designated outpost — check with your local BOE. And don’t forget to complete the 2020 Census online. 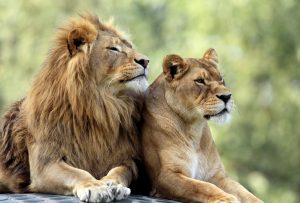