We see strong potential for visionary thinking and sublime artistry, along with the usual surreal. Artists and healers may find this week quite productive. Here’s how it goes:

A pause, while we consider the chart for this Full Moon — which is also a SuperMoon and thus looming large. 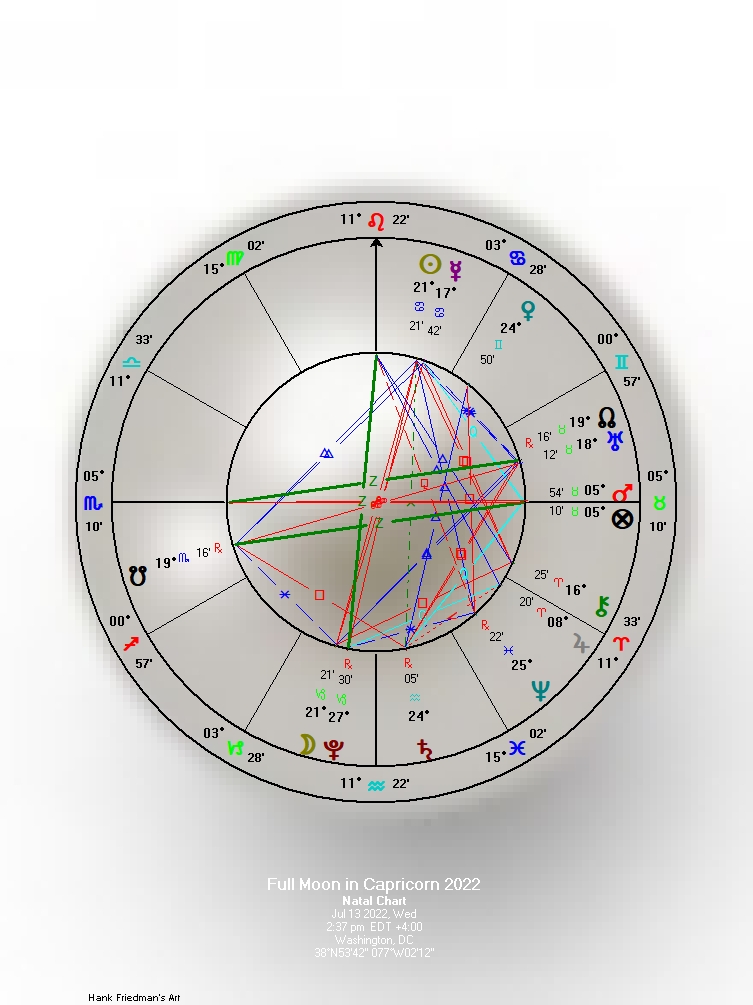 Last week I told you that Mars entering Taurus would be provocative for President Biden and Queen Elizabeth, as both have planets at 0 degrees of Taurus (Moon for Biden; Sun for Her Royal Highness). For President Biden, such provocation included the press having a field day with his tanking poll numbers and op-eds arguing he’s too old to run for a second term. Meanwhile, the latest news from his first term includes good job numbers, low unemployment and dropping gas prices, reflecting his efforts — according to Heather Cox Richardson — to rebuild America’s middle class.

But guess who has Moon at 0 Scorpio (and thus would also be provoked), as well as Sun-Mercury at the end of Gemini (and thus would have been dealing with prominent communications as transiting Mercury traveled over those degrees on its way to 0 Cancer last Tuesday. Alexander Boris DePfeiffel Johnson, who resigned as leader of the Conservative Party because scandal wipeout scandal, reflecting a Neptune pattern all over his horoscope this year.

I wish I had a more reliable SEO function on my website, because I’ve written in-depth about Johnson’s horoscope in the past, and I can’t find it. What’s interesting about it now is that he has an exact opposition between Jupiter (big) and Neptune (things may not be as they seem) in his birth chart, and this pattern was hit by Saturn and Uranus earlier this year (with more to come from the latter). Activation of this opposition is what’s driving the action, along with a recent solar arc between Uranus (change!) and his ASC. The heavy streamlining he faces now will fade into the background as yet another solar arc between Saturn and the Moon begins to release in September. I am convinced he will find something grand and expansive to do in early 2023, when transiting Jupiter opposes his MC and squares his ASC, just as a solar arc from Jupiter conjoins his MC and his second Saturn Return demands he get seriously focused on the truly important things in life. Moral of the story: solar arcs (another way astrologers can measure time) are as impactful as transits. When you have a lot of them in a concentrated period, big stuff happens.

I’m reluctant to dive into what we know of Shinzo Abe’s horoscope. Abe is the former prime minister of Japan who was assassinated last week by a man with a homemade gun. It’s beyond surreal that this could happen in a country with incredibly sane laws regulating the possession of firearms.  The assassin appears to have been motivated by his mother’s experience with the Unification Church (the Moonies), and an alleged belief that Abe was somehow connected to that Church. This seems to reflect the wiggy cult potential of 2022’s dominant pattern — the Jupiter-Neptune conjunction in Pisces.  Abe was born with a Jupiter-Neptune square. The whole thing is utterly sad, perhaps reflecting last week’s square between the Sun (leaders) and Chiron (a wound that cannot heal). Chiron is moving to a standstill now, preparing to turn retrograde on July 19th.

It’s tough to cover the news these days! Even reporters are reluctant to consume what their managing editors choose to put out, as you will appreciate in Amanda Ripley’s recent op-ed in the Washington Post. What’s missing in the news, (she writes), is hope, agency and dignity. We can file this story under Friday’s square between Mercury in Cancer (thoughts focused on emotional security) and Jupiter (publishing) in Aries.

So here are a few stories that reflect planetary patterns — and also offer hope, agency and dignity. Read Heather Cox Richardson’s nightly posts for the latest on all the political happenings — and trust that all of the players on the stage are there because there’s something going on in their horoscopes. Her post for tonight is up early, and it’s got all the dirt on tomorrow’s J6 committee hearings, along with Steve Bannon’s failed tap-dancing (an attempt to delay the start of his trial next week on an explosive Sun-Mercury opposition to Pluto). Bannon’s failure today comes courtesy of transiting Mars opposing Saturn. Translation: “the blocking or denial of assertive instincts.” Oh, well. Timing is everything.

File these awesome stories under Sunday’s sextile between the Sun and Uranus — friendship, technology, innovation, aviation and astrology:

To find out what all these planetary patterns are doing in your own unique horoscope, here’s the 411 on personal consultations.

Thank you for reading this forecast — and for listening and watching to my podcasts — the weekly Whether Forecast and the bi-weekly Off The Charts: A Stellar Newscast with my colleague and co-host Whitney Fishburn. 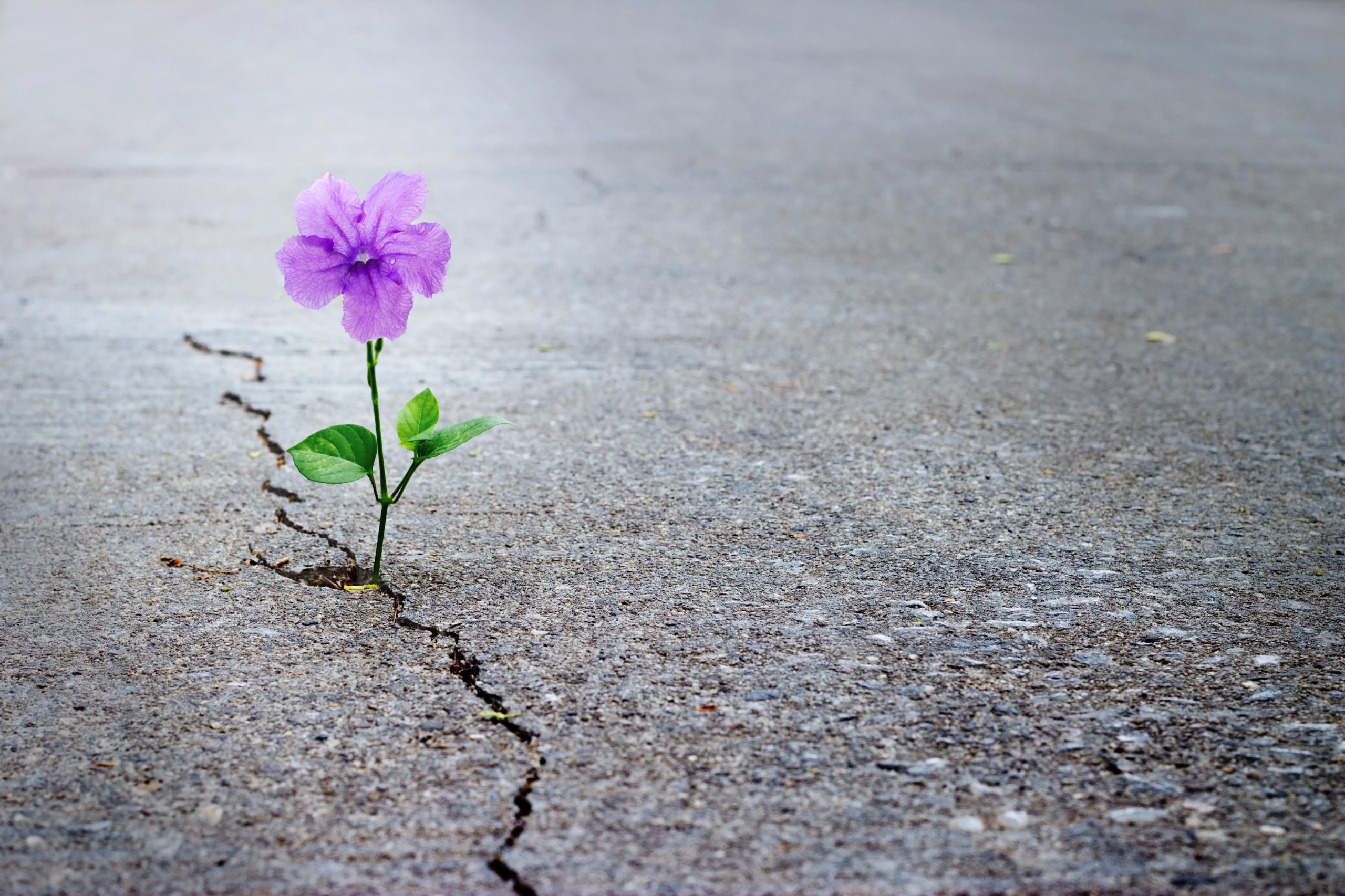