Lots to talk about this week — here are the highlights:

The upcoming eclipse means that it’s time once again to offer Avid Readers several paragraphs on how this week’s solar eclipse and next month’s lunar eclipse are likely to affect your own personal horoscope. These paragraphs are not computer-generated. They are my typed-by-hand observations unique to you, and they all can be yours by tossing $52 into the Joyful Random Expression of Appreciation basket, located here. Then you’ll need to email me your birth data, if you know I don’t already have it. I will send insights before Saturday’s New Moon.

Here is what the New Moon/Solar Eclipse looks like, set in Washington, D.C.: 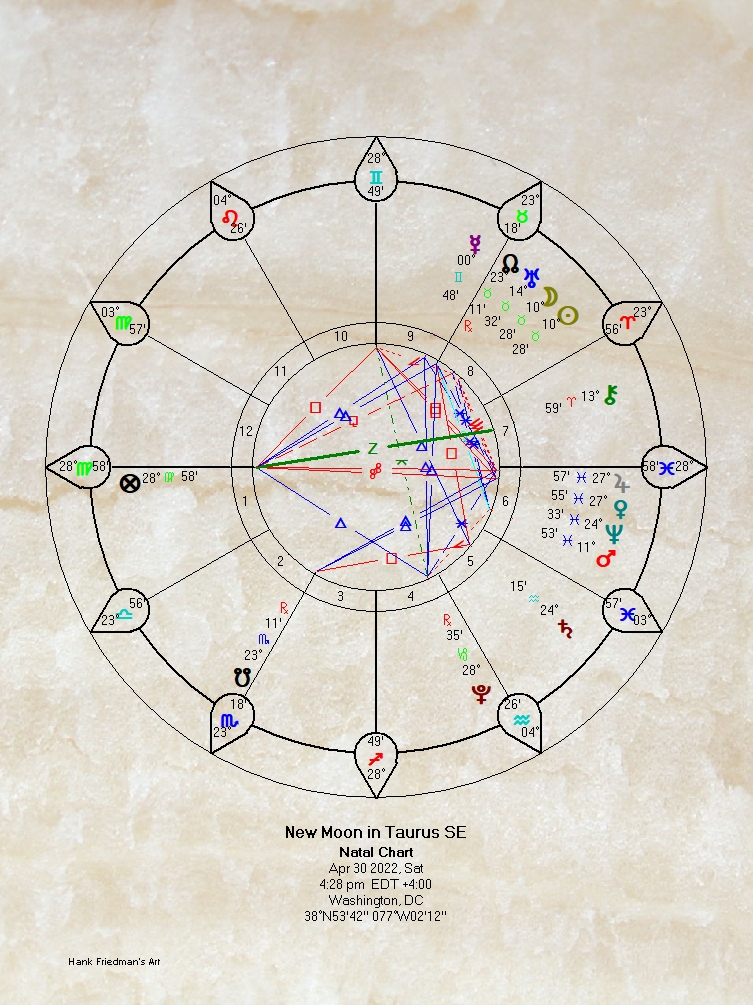 Oh, but this is a solar eclipse, too. So let’s write about that — or if you prefer to listen to a talk about eclipses (and also Pluto’s retrograde), here’s 25 minutes of a fun conversation with Avid Reader Alison in Episode 15 of her podcast, “2022: The Year of Love.”

A pause, while I marvel at the synchronicity between the marching orders of the New Moon (“Never give up the good fight!!”) and Beth Owl’s Daughter’s Tarot Card of the Week, which just landed in my inbox. To illustrate this week’s prescient Card, she cites an essay Dan Rather penned yesterday, “Standing Up to Bullies,” with three recent inspiring examples of courageous souls never giving up on fighting the good fight!

These two from WaPo aren’t new, but they’re fun:

Also fun: the upside potential of challenging aspects between Mars (action, assertion) and Neptune (pixie-dust, music), as evidenced by Randy Rainbow. He has an exact Mars-Neptune opposition that also engages his super clever Mercury (in Gemini) and probably his perfection-seeking Virgo Moon. Here’s a write-up of his horoscope from a few years ago. Today, as transiting Jupiter (expansion, publishing) makes contact with his Mercury, the NYT reports this:

Randy Rainbow will never give up the good fight. His last musical parody was a response to Florida governor Ron DeSantis’ horrible “Don’t Say ‘Gay'”bill, ICYMI.

Are you registered to vote? Check your status here — and make sure you vote in the primary elections, too.

That’s the news for now, only because there is so much going on in the cosmos this week, and I feel I’ve given you plenty to digest. 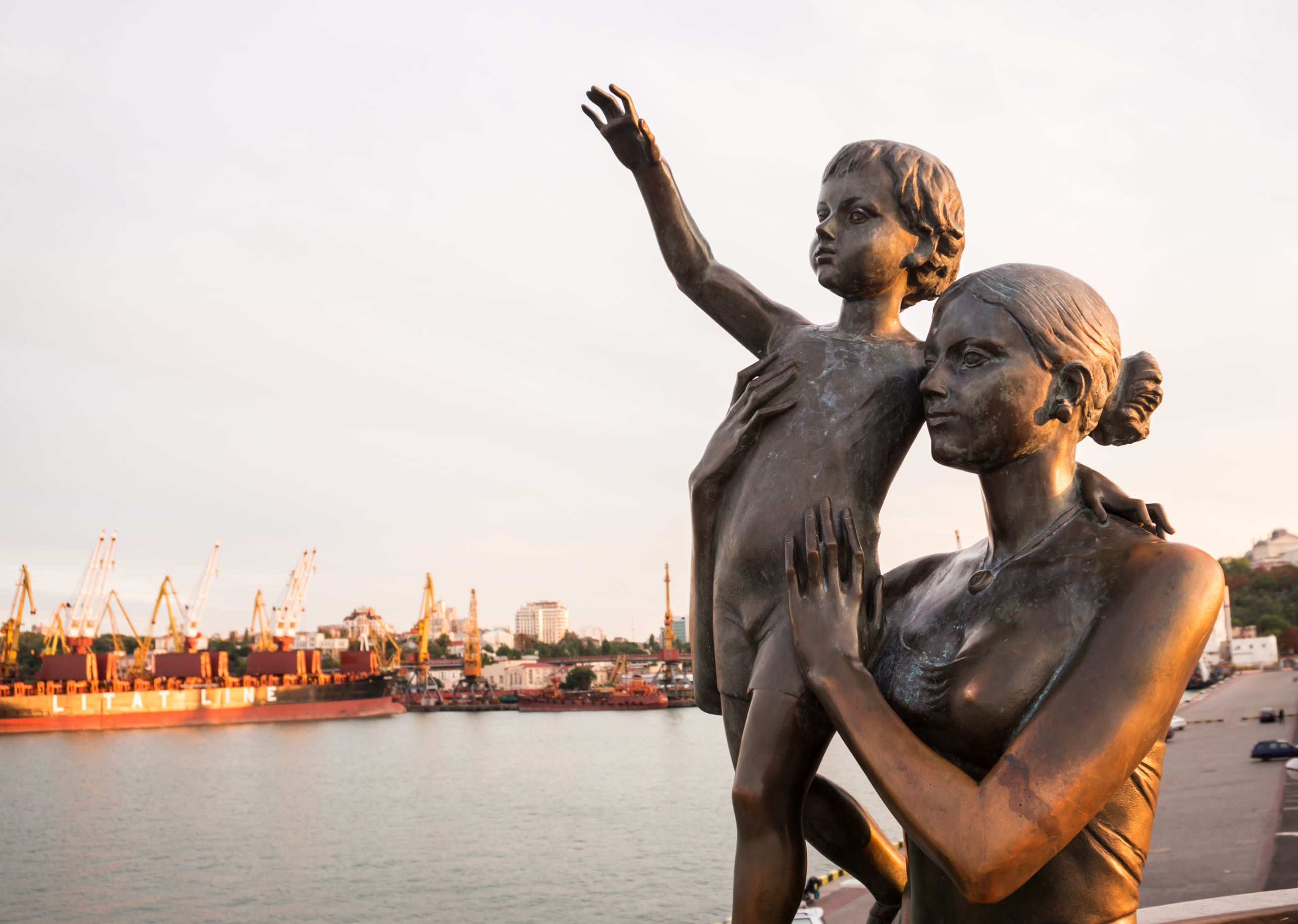 When I entered “Pluto Ukraine” and “Hades Ukraine” into the Adobe Stock search engine, this is the image that came up.

“Sonya, the Fisherman’s Wife” stands in the Odessa harbor, looking out to sea. She represents loyalty and fidelity.