Moon is in Taurus, where it’s been since Sunday at 2:59 AM ET. A Taurus Moon needs to build and maintain material comfort, which includes establishing relative peace and calm. So much for that big rabble-rousing convoy of truckers that descended upon our nation’s capital yesterday — sort of. Their Moon-in-Taurus mission: to slow down (!) traffic, by driving in circles around the Beltway.   Slow and deliberate is the Taurus way — and that modus operandi is driving the truckers in circles again today.

After last week’s volatile planetary patterns, this week we have a relatively long stretch of days — until March 13th — with no exact aspects among the planets, except for those that involve the Moon. The pattern on the 13th is the annual conjunction between the Sun and Neptune, suggesting more of what we’ve already experienced involving the surreal, drugs, visionaries, pacifism, wipe-outs, floods, victims, toxins, viruses, refugees, water, oceans, oil, film, photography, etc. Anything intangible refers to Neptune, which denies and dissolves the material world, and in this case those intangibles affect the Sun, which refers to leaders, ego and the heart. It’s interesting to note that we had a similar lull last September, right before the annual Sun-Neptune opposition — and here’s what was going on back then.

But before we get to the 13th, we have this apparent pause in the action. I don’t know why these “pauses” coincide with events that seem like the sudden collapse of an ice shelf into the ocean, but that’s what I’ve observed over the years. They suggest tipping points…so…we’ll see. In your own personal world, you can get a lot done this week — so do it!

One advantage of a late-night forecast is that I can link Beth Owl’s Daughter’s Tarot Card of the Week — always in sync with planetary patterns!

A warm welcome to new Avid Readers who found me through hecatedemeter’s wonderful blog!

So many patterns happening last week! If you’d like to listen to — instead of read — a recap of what went down, you can hear Whitney Fishburn and I talk about all of it on our latest podcast, OFF THE CHARTS: A Stellar Newscast. We recorded it last Tuesday, just before the State of the Union. We’ll drop another episode next week — don’t miss it!

The week went as anticipated, with an uptick in aggression involving ruthless force and power on Thursday — which thankfully subsided as the conjunctions involving Venus, Mars and Pluto in Capricorn faded in the rear-view mirror:

It was expected that the pixie-dust of the sextiles among Mars, Venus and Neptune the week before would be replaced by the reality check or clampdown of last week’s Mercury (mindset) – Saturn (heavy) conjunction:

Add that mental gravitas to the three-pronged conjunction of Mars-Venus-Pluto, and we see that reflected in scores of headlines involving corruption exposed and/or actions based on transformed values e.g., money, the arts, social expression:

Speaking of HCR, last week she posted an interview with President Biden, recorded on February 25th! I was thrilled that she asked him about Franklin Delano Roosevelt and discussed the similarities between their administrations. Why? Because the comparison is in sync with the patterns I observed in both horoscope last May, and there was a third hit of those patterns in mid-February! You can read my piece about the synastry between Biden and FDR, along with an update on VP Harris’ horoscope right here.

Speaking of President Biden, he delivered his State of the Union address last Tuesday, with themes in sync with the current astrological zeitgeist — e.g., a “Unity Agenda for the Nation,” which included “[f]our big things we can do together”: beat the opioid epidemic, make the way we address mental health equal to the way we address physical health, support our veterans, and end cancer as we know it.” “Unity” reflects the ongoing side-by-side march of Venus and Mars. File “opioids” and “mental health” and “ending cancer” under the wish-fulfilling, empathy-driven, healing potential of Sun-Jupiter-Neptune in Pisces…with so much more to come over the next several weeks, as we approach the conjunction of Jupiter (expansion) and Neptune (already described) in Pisces (ditto). And when Saturn enters Pisces next year, we will really see some serious structures to address these visionary ideals.

I’m thinking the Sun-Jupiter-Neptune in Pisces conjunctions are aptly reflected by the big boats being seized from Russian oligarchs, da?

Another apt reflection would be the desire to relax boundaries — and here I’m thinking about Covid mask mandates. Jupiter is boundless, and to Pisces, we are all connected. I appreciate why these safety protocols are being ditched now, but if I haven’t said this before, I’m saying it now: I’m not ditching my mask anytime soon. For now, we all get to decide for ourselves how to preserve our health and well-being.

Speaking of health and well-being, I noted last week that Queen Elizabeth’s horoscope was activated over the weekend that we should be hearing something about her being provoked or especially assertive. Today she made her first in-person appearance since being diagnosed with Covid last month. She met with Justin Trudeau. God save the Queen! Meanwhile, President Zelenskyy of Ukraine gave a speech tonight — from his office in Kyiv. That man is a profile in courage.

Finally, Avid Readers will recall that VP Kamala Harris’ horoscope is in an especially empowered period of development. Yesterday, on the 57th anniversary of Bloody Sunday, she led a march across the Edmund Pettus Bridge in Selma, Alabama. If you do not know the full history of that historic bridge, Heather Cox Richardson explains it all for you.

That’s it for now. Any questions? What’s going on in YOUR horoscope?

Here’s the link to the Cosmic Tip Jar, if you find yourself learning a boatload of Really Useful Stuff and would like to express appreciation — especially if you are a practicing astrologer or student of astrology. 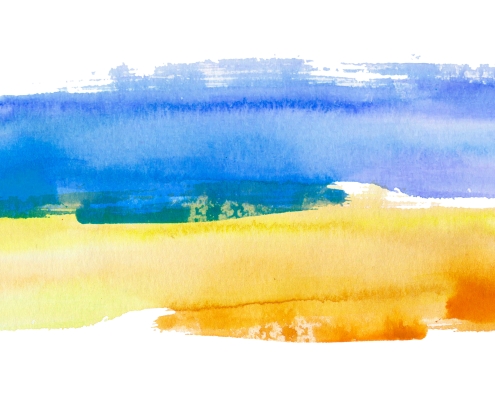