Moon is in Pisces, looking for a way to apply New Moon energy in working with ideals and impressions. Mercury retrograde or not, other planetary patterns are facilitating a need to go-g0-go, with idealism. Let me explain. Moon meets up with Neptune at 1:27 PM ET, wearing its dreamy rose-colored glasses. Artists and creative types may be especially inspired; everyone else needs to double check the instructions for getting from Point A to Point B. Avid Readers will recall that Neptune suggests confusion, as much as it suggests visionary inspiration. What will it be for you? UPDATE: for some Avid Readers, it was canceled medical tests, missed appointments, train delays and lost prescriptions.

Whatever it is, feelings about it are likely exuberant, as the Moon makes a harmony with Jupiter at 2:45 PM ET. The rest of the day is supported by one of the go-g0-go patterns: Sun in a cooperative connection (sextile) Mars, planet of action, easily translating willpower into an actual initiative. The rest of the week goes like this:

The Nevada caucuses happened during Saturday’s all-day dead Moon void and Mercury retrograde. Translation: high probability of flakes, errors in thinking and communication; much ado about nothing. Not being astrologers, the media and rest of the Free World are freaking out over Bernie Sanders‘ resounding victory, if by “resounding,” one means 46% of 96,108 votes cast. Guess how many registered “active” Democrats there are in Nevada? 610,911 out of 1.6 million ACTIVE registered voters in all parties.  Another 362K are not affiliated with any party, and another 200K in all parties are considered INACTIVE.

What we learn from this is that — true to the potential in Bernie Sanders’s horoscope at this time — noted in this forecast  years ago — he is able to act with persuasive empowerment all through 2020. His supporters are showing up — which increased caucus participation by 21,000 (compared to 2016), but stilll…what’s the story with the 500,000 registered Democrats who did not participate? Are YOU registered to vote (find out here)? Will YOU vote in your state’s primary?

This concludes the soapbox portion of this forecast.

I actually have a theory about the dynamic inaction we seem to be experiencing as Americans. Avid Readers already know about the U.S. Mars-Neptune square — i.e., the part of our national psyche that needs to believe in the American Dream and idealize (Neptune) all things Mars e.g., guns, warriors, sports and sex appeal (via Hollywood). It’s also the part where escapism — especially drugs — is a significant coping strategy.

Right now transiting Neptune is at 17 degrees of Pisces. As you can see in this horoscope (the one many astrologers use for the US), the U.S. Mars is at 21 Gemini and Neptune is at 22 Virgo. Neptune is close enough to the U.S. Mars-Neptune to activate it. However, Neptune’s way of activating things is to shroud it in fog, color it rose, infuse it with vision, dissolve it or prompt a surrender — as it, “oh what’s the use?” One good example of a public figure who had a tough Neptune-on-Mars pattern is Robert Mueller. His Mueller Report just didn’t pack much of a punch, did it? Even though he made a case for impeaching 45 quite clear — for those who took the time to actually read it. What’s interesting about Mueller is that his horoscope is scheduled to have another major Neptune-on-Mars pattern this summer — exact in early August. How will he be potentially victimized, idealized or wiped out, hmm? Who is going to try to quench (Neptune) his fire (Mars)?

Back to Neptune on Mars in the U.S. horoscope. I can appreciate why so many are plagued by feelings of despair and “oh, what’s the use, there’s nothing I can do.” Well. Now that you’re aware of the patterns at play, you get to decide. Will you give up — or will you take action (Mars) based upon an inspired vision (Neptune) — and hope that vision is clear? The first exact hit of Neptune square the U.S. Mars is March 30, 2021 — and it continues for the rest of that year, setting us up for the first hit of our first Pluto Return in 2022.

And since I’m on the subject of the U.S. horoscope…

The U.S. Mercury is 24 Cancer; the U.S. Pluto is 27 Capricorn. As a nation, we are inclined to extremes in thought and communication. It’s quite a challenge for the U.S. Saturn in Libra, which needs authority and controls that are fair and diplomatic.

Right now, Saturn and Pluto are at the end of Capricorn. Yesterday, Saturn was at 27 Capricorn, sitting on the U.S. Pluto. It will do this again on August 4th and November 20th. This is an opportunity to plant seeds for necessary evolution, even though it may feel like an anguished squeeze. Old ways are coming to a close. Meanwhile, Pluto is at 24 Capricorn, exactly opposing our Mercury (national mindset) on February 27th. It will do this again on June 26 and January 1, 2021. This is a potential realization of breakdowns, obsessions and extremes in communication. It’s going to take a ton of awareness to keep channels open. It would help if the Democratic candidates would stop attacking each other, and if the media would refrain from endless dissection of perceived and/or actual flaws. But you can appreciate the impulse to do so, given the current astrology.

But take heart.  The U.S. has been in similar periods of crisis, as Heather Cox Richardson helpfully explained in her post dated February 22nd.   Specifically she referred to 1850, 1890 and 1920…so I glanced at planetary patterns during that cycle. Not surprisingly, there were lots of heavy ones involving Pluto, Uranus, Neptune and Saturn, as we have now. And as Richardson points out, our democracy survived. So don’t give up the ship, OK? I can’t even find a birth date for Richardson, let alone a time. If I do, I’ll write about her horoscope.

Mars is at 4 Capricorn, activating the December 26th eclipse at that same degree. We anticipate a release of bottlenecked energy in the headlines.

Add in the weekend’s awesome alignments of Mars and the Sun with technogeek Uranus:

I promised you a story about astrology in the mainstream media, and the Wall Street Journal obliged with a bit on why astrology apps are rising.  Alas, you can only read it if you have a subscription, but since the first two paragraphs demonstrate a lack of understanding of astrology, you’re probably not missing anything.

Thank you for reading this forecast — and thank you especially to Fairy Godparent Martha, who declared herself such over the weekend. I deeply appreciate Avid Readers who are inspired to return my time and energy with contributions to my Cosmic Tip Jar equal to the amount of a monthly modest Chardonnay. Your support covers the cost of my recent website redesign and stock photos that everyone can now enjoy. The more support I have, the more I will be able to offer in the future. 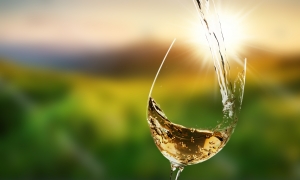 To your health and good fortune…