I’m still basking in the rosy glow of yesterday’s successful presentation to the Jane Austen Society. The audience of super-smart, inquisitive and devoted Janeites could not have been more appreciative of the insights gained from her horoscope. Best of all, even though most were not familiar with the language of astrology — or what a horoscope is (other than a fluffy blurb in a newspaper), the consensus was that the material was presented in a way that everyone could understand. It was sooooo much fun, and I’m putting it out to the Universe that I would be delighted to accept other such speaking engagements. Did I mention it was fun?

The work week begins with the Moon in Taurus, driving us with a need to establish material comfort and security. The Moon is well-supported by easy aspects to Neptune, Venus, Saturn and Pluto between 9:21 AM and 8:12 PM ET, so do not waste a minute of this productive day! Moon goes void at 8:12 PM ET, giving you time to chill, chill, chill  all evening. Stick to routine concerns and roll with whatever twists and flakes just happen to disrupt efforts to move forward in a straight line. An evening with a Taurus Moon favors sensual pleasures: food, drink, snuggles, etc. Enjoy.

Today’s biggest shift is Mercury’s ingress into Sagittarius, exact at 4:42 AM ET. It will push boundaries with righteous enthusiasm in matters  of thought and communication until December 28th. The downside of Mercury is Sagittarius is that it can get carried away in Big Picture ideals, without taking time to work out the details. It can be sloppy, just like that sloppy tax cut that was passed a couple of years ago, when Mercury was also in Sagittarius. “Sloppy” is actually how it was labelled by its critics, just as predicted.

Tons of headlines reflecting the wiggy potential of Sunday’s Sun-Neptune square, coupled with the harmony between Venus (art, money, women) and Neptune:

In the world of the never-ending U.S. presidential campaign, we’re seeing the hardcore corporate reality check of January 12th’s lean, mean Saturn-Pluto meet-up. How so? Well, it’s interesting that Pete Buttgieg’s past work at McKinsey has cropped up at this time. McKinsey is an apt symbol for the corporate/Establishment power and control symbolized by Saturn-Pluto in Capricorn. Some in the media are making an issue out of Elizabeth Warren’s past consulting work for corporate entities.

Kamala Harris’s horoscope looks daunting in February and for much of 2020, when she will have transiting Saturn squaring her Libra Sun and Aries Moon three times. The year 2020 does appear to end on a high note, with Saturn’s streamlining needs replaced by Jupiter’s expansion. Plus, she’ll have a solar arc (another way astrologers measure time and assess potential) between her Sun and Ascendant, suggesting recognition. Still, I was surprised that she exited the race now, as opposed to early next year. Hmmmm.

On the other hand, it gives the media a chance to talk about the remaining candidates being — with few exceptions (including Amy Klobuchar and Warren) — mostly “male and pale.” Yeah, that’s a reflection of Saturn and Pluto in Capricorn. I wonder if Saturn’s ingress into Aquarius this spring will reflect a more fittingly unconventional candidate tossing their hat into the ring. On the third hand, Senator Harris continues to lead a fitting Moon in Aries crusade by rallying her colleagues to demand that White House Senior Advisor/white nationalist Stephen Miller be “immediately removed.” Miller’s horoscope does suggest an upcoming change of status, for better or for worse.

Finally, the Golden Globe nominations have just been announced, and the NYT reporter reporting the story says they are “puzzled.” Well…shades of Neptune, right? Meanwhile, nominee Adam Driver’s horoscope looks like a winner, with transiting Jupiter activating his career sector through much of 2019 — and currently activating his prominent Mars, ruler of the area of his horoscope that refers to money and self-worth. Think his stock just went up?

Thank you for reading this forecast — and for checking out my new website. The raves are appreciated! 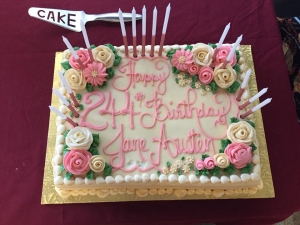