Planetary patterns continue to rock and roll through November 19th, driven mostly by star player Mars, getting stuff done ruthlessly as it marches through Scorpio. On the 19th, we’ll have a lunar eclipse, followed by relative calm in the cosmos. We’ll have a solar eclipse on December 4th. What — eclipses — again?! Yes, and once again I will be offering a few paragraphs of handcrafted insight on how these eclipses are likely to affect your own personal horoscope. Toss $52 into the Cosmic Tip Jar and email me your birth data if I don’t already have it. Insights will be crafted and sent back to you in a week.

Now let’s focus on the week ahead. Moon enters Capricorn at 8:03 PM ET on Sunday, looking to Make Things Happen. If you’re burning the midnight oil, the Moon makes a series of cooperative connections to Venus, Mercury, and Mars, ending with a sextile to Mars at 5:48 AM ET on MONDAY.  Time to get up and get to work — and call in your most unconventional alliances should you need reinforcement, reflecting the trine between the Moon and (unconventional tech genius) Uranus, exact at 4:47 PM ET. That’s followed by an easy flow between the Scorpio Sun and the Capricorn Moon, exact at 12:06 AM ET on…

…which is in sync with planetary patterns, as always…and also in synch with Beth Owl’s Daughter’s Tarot Card of the Week. Last week’s Card was The Tower, and it was a perfect match for the potent New Moon in Scorpio and its revolutionary Sun-Uranus opposition. We expected upsets, and we were not disappointed, especially in the world of leaders. We saw this play out in last Tuesday’s elections here in the U.S.:

Meanwhile, I can’t tell you how pleased I was by Friday’s synchronicity between planetary patterns and the action in Congress. Let’s review what was written. I’ve added what was going on in Congress in italics.

President Biden canceled his planned weekend escape to Delaware in order to work on getting the bill passed. Not surprising, given how activated his horoscope is by last week’s New Moon and other patterns. Speaker Pelosi’s natal Saturn-Pluto square was also activated by transiting Mercury and Mars, as you can see from her horoscope. She’ll be rallying the troops again at the end of November and into early December, as transiting Mars moves on to oppose her Venus, Uranus and Saturn.

Please be extra careful in transit this week, OK?

Venus entered Capricorn on Saturday, and Avid Readers know that the first degrees of Aries, Cancer, Libra and Capricorn corresponds to the Aries Point (AP, for short). The AP needs attention, and you will not be surprised to learn that Ted Cruz has the Sun and Pluto at the AP, which means that anytime any planet is transiting the AP, we are going to hear from Ted Cruz. What did he say over the weekend that was all over the Twittersphere, you might ask?

Venus in Capricorn suggests prominent headlines about women, art and  money. Some of these fall into that category; others are just plain cool:

This one isn’t as nearly as awesome as the above, but it’s provocative. I think it reflects a few key patterns that have to do with how our view of work is changing — and must continue to change. First, we have Neptune in Pisces opposing the 1966 Uranus-Pluto conjunction in Virgo (revolutionizing work, diet, the environment). Second, we have the aftermath of last December’s Great Mutation (Jupiter conjunct Saturn) in Aquarius — in which we can expect networks, technology and airwaves to be the way to win in this new era. Mining the Earth just can’t cut it anymore. Third, we have the Saturn-Uranus square in effect all year, reflecting the thousands of workers who’d rather quit than fight.  “While Working, You Simply Stop Thinking” is a thoughtful short by two Swedish filmmakers — and the NYT ran it as an op-ed. What do you think?

What’s going on in your horoscope? Here’s the 411 on consultations. 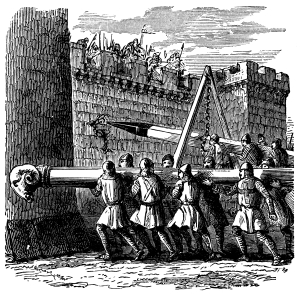