Or rather — Good Afternoon — boy did that time fly by!

Did you enjoy the extra hour of sleep gained from yesterday’s “fall back” from Daylight Savings Time to Standard Time?

The start of the work week is driven by the Moon in Aquarius, seeking to network and be recognized for its unique social significance.  At 5:23 AM ET, the Moon squared the Scorpio Sun, reflecting a clash that may illuminate  detached intellectualism vs. emotional depth. The story I was reading just before starting to write is an unsettling NYT piece entitled “I Got Access to My Secret Consumer Score. Now You Can, Too.”

As the Moon flows without interference for the rest of the day, get it off your desk if you can. If you were born around the 10th of January, April, July or October, you may be feeling especially provoked or provocative. Same goes for anyone with a personal point or planet around 20 degrees of Aries, Cancer, Libra or Capricorn.  You’re feeling the intense call to action of the square between Mars (guns, aggression, courage, cars, men) and Pluto (power, annihilation, decay, transformation), exact on….

In general, remember that Mercury is retrograde. Be flexible with scheduling. Double check directions. Triple check emails before you hit send. Mercury retrograde snafus usually happen because your mind is turned inward, not outward. Focus, focus, focus — when you have to be on the clock. Plan times to retreat if you can.

The Mars-Pluto square is activating the 19 degree Cancer Ascendant of P45 Jr. Of course he’d be hawking “Triggered,” which is a book with his name on the cover. Mars rules his Midheaven (career/public status). Expansive efforts to satisfy his Virgo Moon’s need to  “make things right” are reflected by transiting Jupiter square the Moon and conjunct his Mercury in boundary-pushing Sagittarius.

UPDATE: on Beto O’Rourke, who has dropped out of the presidential race. It’s not a surprise, as patterns in what we know about his horoscope — discussed back in February — are not as volcanic as other contenders. I would be surprised, however, if he did not announce some alternative expansive initiative between Thanksgiving and the Winter Solstice, thanks to Jupiter returning to his natal Jupiter at 0 Capricorn and squaring his potent Sun-Pluto conjunction in early Libra.

Speaking of expansion, we’ve been hearing more from Hillary Clinton lately, haven’t we? UPDATE: if her alleged 8:02 AM birth time is correct (it’s never been formally confirmed), transiting Jupiter is squaring her 22 degree Pisces Moon, suggesting an expansive reach in matters of self-worth, money and publishing. Yes, she too, has been touting a book and has been quite vocal on social media. There is even speculation that she may be contemplating a third run for president, perhaps encouraged by a Fox News polls showing she’d beat P45 if the election were held today. But Mercury is retrograde, doncha know — so don’t believe everything you hear! However, feel free to pay attention to what she has to say about Mark Zuckerberg taking responsibility for the damage Facebook has done to democracy by letting politicians run ads that contain lies. (NYT columnist Thomas Friedman would agree.) On the other hand, it does seem that Mrs. Clinton has fully integrated the liberating potential of three hits to her Scorpio Sun by transiting rebel Uranus over the past 18 months. If she has something to say, she says it, as she did a few weeks ago when she suggested that the Republicans were grooming a Democratic primary contender to run as a third-party candidate (and mess things up for a Democratic contender).  She did not names names, but Tulsi Gabbard immediately denounced any suggestion that the Russians might be backing her (which is what the press reported, which it then had to retract). And then Gabbard announced she was focusing on her presidential run and wouldn’t be running for re-election in Congress. Coincidence or conspiracy?

And speaking of Tulsi Gabbard, we can understand why she would think Mrs. Clinton was talking about her because –even with just a birth date of April 12, 1981 — we see she has four planets in me-me-me Aries, driven by the needs of a queenly Moon in Leo. More important, the Aries planets (Venus, Sun and Mars) are at 20-24 Aries, opposed by Pluto at 22 Libra. This triple opposition will be activated by heavy planets (Jupiter, Saturn and Pluto) throughout 2020, suggesting opportunities for intense and/or extreme expression of empowerment, authority and/or control. Bernie Sanders has similar placements in his horoscope (Venus and Mars at 22 Libra and 23 Aries — and possibly the Moon in Aries, too) — he is not to be underestimated.

Jane Fonda is attracting serious attention in Washington, where she is seriously protesting the lack of response to the crisis of climate change. We would expect her thoughts to be serious, as transiting Saturn is sitting right on top of her Mercury (how she needs to think) at 15 Capricorn. As a result of her protests, she is arrested every Friday — and she says she plans to spend her 82nd birthday (on Saturday, Dec 21st) in jail. With her 29 Sagittarius Sun at the Aries Point and powerbroker Pluto in everyone’s face (and right on the cusp of the 7th House, which refers to one-on-one encounters), Ms. Fonda can’t help but attract attention. As Jupiter travels through the end of Sagittarius this month, she will continue to be in the limelight. It’s fascinating to see that on Dec 21st, Mars will be exactly on her 21 Scorpio Midheaven and a day away from an exact square to her regal Moon in Leo. She may be called upon to take a courageous stand. She may find herself involved in a provocative or combative situation. We are sure to hear about it, whatever happens.

Meanwhile, we haven’t heard from my favorite disembodied entities in months and months, but the Hathors are back with another practical (Saturn) sound meditation (Neptune). Plus they only seem to show up when times are about to get interesting — usually on a pattern involving Pluto or Uranus; today it’s Mars square Pluto. Here’s the message and the meditation.

Finally, an  apt article for a Mercury retrograde:

…and if not yourself, then with your local astrologer, reviewing your life and planning for the new year. Here’s the 411 on consultations…and it’s not too soon to think about gift certificates for friends, colleagues and family.

We will have a fun and productive discussion together. 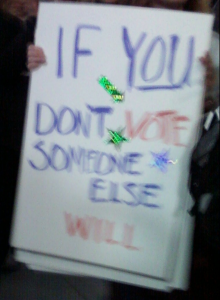