The start of the work week is driven by the Moon in Gemini, which needs to be the smartest kid in the room. Buzz, buzz, buzz…what’s the buzz; tell me what’s happening — from now until 4:45 PM ET on Wednesday, when the Moon enters Cancer. Getting correct information is challenged by Mercury, which is literally the focus all week. Why? Because it is slowing down to a virtual standstill, preparing to turn direct on Tuesday.

When a planet is stationary (that’s the tech term for “slowing to a virtual standstill,”) it is reflected in human experience in the way a driver leans on a horn. We see events blaring in whatever that planet symbolizes. Mercury refers to communication, transportation, information, negotiation and transmissions. We are advised to apply extra FOCUS in these concerns — especially if you are planning to go to the polls.

On Sunday, retrograde Mercury was challenged by Saturn, symbol of structure, authority, controls and BLOCKS. Did we see any authoritative blocks in the news yesterday? We sure did — including a blockade now being erected around the White House, and roads and bridges being blocked by supporters of P45, as Heather Cox Richardson explains. How many efforts to BLOCK votes will we see this week? Hundreds, says HCR.  This Mercury-Saturn pattern carries gravitas, and it is the only exact pattern in the cosmos. It will be repeated early Friday morning, now with Mercury moving direct. It will be interesting to see how this pattern is reflected in Beth Owl’s Daughter’s Tarot Card of the Week later today. Other patterns will be in play next week, OK? If you’re feeling heavy, this too, shall pass.

Upside potential of Mercury square Saturn: constructive structuring efforts on an idea. I will be writing, writing, writing all week — on my next TMA article and on another presentation about the horoscope of Jane Austen. I am confident I can make good use of the mental discipline Mercury-Saturn reflects.

These Mercury-Saturn blocks will be experienced more personally if you have planets around 25 degrees of Aries, Cancer, Libra or Capricorn.  Consult your local astrologer for details.

Here’s the outline for the rest of November:

If you find these forecasts useful, Avid Reader Diane invites you to support the time and effort it takes to produce them. Head on down to the Cosmic Tip Jar and thank your astrologer with a monthly glass of Chianti (which may be replaced by a shot of Scotch by the end of my poll worker stint tomorrow). Your appreciation inspires me to share my insights with you.  Cheers!

The Full Moon in Taurus — with the engagement of disruptive technogeek Uranus and the sobering Mercury-Saturn square was the perfect backdrop for a Halloween horror show. Mine was watching The Social Dilemma on Netflix. Now is the time for the heavy realization of how much our social media connects and controls us. I like to believe I am free from such profit incentive-based efforts to influence my behavior, but this film says it just ain’t so. We can expect more controls and authoritarian advances in these matters when Saturn returns to Aquarius in December — for better or for worse.

Meanwhile, The Social Dilemma is a must-see, as it explains how social media algorithms keep users (a.k.a. addicts) trapped in individually-tailored bubbles of alternative facts. It is sobering indeed to realize that what you see in your newsfeed is radically different than what your P-45-loving uncle sees in his. This is why I try to keep an eye on the Wonderland of media sites that espouse beliefs I do not share. It’s important to recognize these perspectives.

Seismic activity was anticipated on this Sun-Uranus opposition. There was a 7.0 earthquake in Turkey.  Not seismic, but still mightily disruptive: Hurricane Zeta, which knocked out power to 2 million people in the Southeast. Meanwhile, The Philippines was hit by Super Typhoon Goni, the area’s strongest storm in four years.

Other reflections of disruption in the headlines include:

The opinion columnists at the NYT were feeling the gravitas of Sunday’s Saturn-Mercury square. All 15 weighed in on this heavy question, “What Have We Lost?” (in America over the past four years). Once again we marvel at the NYT for its astonishing ability to be in sync with planetary patterns. Well done, Grey Lady!

Also heavy (some involving the Mars-in-Aries theme of cars):

Finally — a random gender-bender. There’s always one in the news when Uranus is hot in the headlines:

If you haven’t already voted, get thee to the polls! If you don’t vote, someone else will (and then you’ll be sorry). Check your registration online before you go. Remember MERCURY is changing direction, increasing the odds of delays, tech snafus and misunderstanding. Stay focused. Be patient. I am not predicting how it will all turn out, but I remain hopeful. 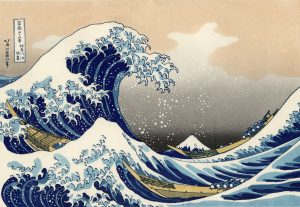