I’m psyched to be heading to New Orleans for a little Mercury retrograde REtreat, as it is sure to be more fun than the REorganization of my closets that took up most of yesterday’s long Moon void in Aries (which began around 9 AM ET and ended at 5 PM ET). Usually I would have done that at the end of the September in conjunction with the mercury falling, but there was no need to switch out tank tops for heavy sweaters…until now. How are you making the most of this Mercury retrograde opportunity to REcharge, RElax and REview? Any unexpected REunions and calls from people you haven’t heard from in years? How are your schedules flowing? Are you maintaining an attitude of flexibility with any lapse or misunderstanding in communication?

Mercury is a big focus today, thanks to a relatively rare event that happens about 13 times in a century. It called a transit of Mercury. At 10:22 AM ET, Mercury and the Sun will meet up at 18 degrees of Scorpio. What makes it rare is that Mercury will cross in front of the Sun – not behind it. In other words, the meet-up will be visible to many on Spaceship Earth, including those in the U.S. It’s not unlike what you see when there is an eclipse involving the Moon, except that the Sun is not blotted out — not even close. You will have seen only a relatively tiny black dot, if you were able to see it.

Avid Readers will recall that Sun-Mercury conjunctions (astro jargon for “meet-up”) suggest a focused mindset that is often idealistic. The idealism reflects Mercury’s closeness to the Sun; thus our way of thinking may be blinded by the Sun’s light. Upside potential: your vision can be a true inspiration to others, daring them to make it real. Downside: you may stubbornly refuse to acknowledge the clay feet of the hero you worship. Denial is not just a river in Egypt, you know. If you were born with Sun conjunct Mercury, how does your need to see things in their best possible light manifest in your own personal world? If you don’t have a Sun-Mercury conjunction in your horoscope, don’t worry, there are other patterns that also suggest idealism. You, too, can believe in the impossible.

It’s the stark visibility of Mercury as it crosses in front of the Sun that makes this conjunction special. Greeks and Romans who studied the stars thousands of years ago took notice of Mercury’s proximity to the giver of light (the Sun) and concluded that Mercury (a.k.a. Hermes) must be a messenger of sorts. And that seems to be how Western astrology embraced Mercury as the symbol of thought and communication. Mercury the planet became Mercury, Messenger of the Gods.

OK, so what is the message of this particular transit of Mercury? For insights, we can consider its Sabian Symbol: “a parrot listening and then talking, repeats a conversation that he has heard.” I wrote about this Symbol in October 2013, when Mercury turned retrograde on this degree. To me it suggested we’d be hearing a lot of “twittering blah blah blah” — and you’ll find a few headlines from that time period cited in that 2013 forecast. Sabian Sage Blain Bovee’s interpretation seems to be an alert about the power of soundbites, especially as they are used in TeeVee News. A soundbite sticks in your mind, but does it tell the whole story? And what is lost because of it?

If you’re not familiar with the Sabian Symbols, here’s the story.

Rote responses that are ill considered. “Towing the party line” without having any opinion of your own. Going over the same territory. Losing true meaning through repetition. Repeating without knowing the real meaning or purpose. Meaningless banter. Tunnel vision. Gossiping. Missing the true essence of what’s being said. Not having a mind of one’s own. Brainwashing. Re-runs of the same old line. Broken records.

If you have a planet or angle around 19 degrees of Scorpio, your horoscope is more personally affected by the transit of Mercury (and tomorrow’s Full Moon) than most. If you find yourself falling into any of the patterns in the above paragraph, it may be helpful to consider how a need to see something or someone in the best possible light is a factor. Are you blinded by the light? This would be one potential. Another strong potential is a glut of information and communication flowing at this time — especially as it applies to a REview of past events. Mercury is retrograde, after all — and in Scorpio, it needs to dig deep as it retraces the past.

Meanwhile, the Moon has been in Taurus since 5 PM ET on Sunday, advancing steadily forward on its quest to establish material comfort and security. That includes good food, good music and a snuggle with your sweetie. It includes organizing your ideas into solid structures that will support your empire. And if you happen to be vacationing in New Orleans, it includes lunch at Commander’s Palace. The rest of the week goes like this:

More on this Full Moon. The activated Sabian Symbols are 20 Taurus (Moon) and 20 Scorpio (Sun). The latter was the activated degree on the New Moon in Scorpio of November 2015. Are Avid Readers noticing how the New and Full Moons of the past few months are triggering lunations that occurred in mid to late 2015, and 2016? Here is the whole forecast — worth a review. And here is an excerpt:

The Sabian Symbol for this New Moon furthers the opportunity to reveal what has been hidden. It is “a woman drawing two dark curtains aside”. Sabian Symbol guru Blain Bovee cleverly points out that the Symbol does not specify what the curtains were covering. A window? A passageway? The former would let in light; the latter could take you someplace else…up, through or down…which will it be? Bovee suggests we are invited to imagine it for ourselves.

The Sabian Symbol for 2019 Full Moon in Taurus is connected to the May 2016 New Moon. Here is the whole forecast — and here is an excerpt about the relevant Sabian Symbol:

…the Sabian Symbol for 20 Taurus is “wind, clouds and haste,” suggesting, as Blain Bovee points out in his wonderful book, “an image of accelerated ideas that create a stir, excitement or massive confusion…extremes of revelation and being heavily covered; shedding light on something previously hidden.” Extremes? We’ll see how that plays out over the next few weeks…

OK. Back to this week…

Regarding the news…it’s flowing as anticipated, isn’t it? People are starting to talk….and talk…and talk…but what are they actually saying? 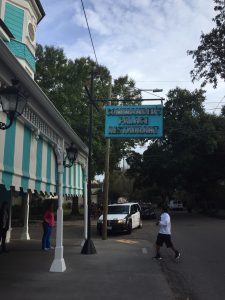