The Moon is in Sagittarius, driving the weekend with a need to expand your horizons and express your righteous opinion, boundary-pushing as it may be. It’s OK to feel as if you’re a little bit outside your comfort zone as you broaden your mind.  Moon enters Capricorn at 10:02 PM ET on SUNDAY, inviting you to take care of business — on Labor Day, no less. Meh!

Five minutes after midnight on MONDAY, Venus exits Leo for Virgo, where she will stay until September 29th. Venus refers to who, what, and how we need to love. Virgo can be in a constant quest for perfection. It’s the “quest” part that led to the conventional astrological wisdom that cosmetic surgery is ill-advised when Venus is in Virgo. How can it ever be satisfied, when it’s so keenly aware of every little “fault?” You can use the discerning needs of any planet in Virgo for organizing, analyzing and sorting. If that planet is Venus, focus on your values, your money, your aesthetics and your social expression.

No sleeping in on TUESDAY. The Capricorn Moon will not be void.

This week’s headlines sure as heck are in sync with astrology, as you may recall from Monday’s forecast:

Both of these patterns suggest BIG, as in BIG action/assertion re: Mars...and BIG ideas/communication re: Mercury, especially in sports, courts, travel and publishing:

President Biden gave a widely-publicized speech in Philadelphia last night. It was so widely publicized, I thought I might watch it live on the TeeVee. Imagine my surprise when none of the Big Four U.S. networks carried it, apparently because it was deemed a political speech, as opposed to an announcement on U.S. government policy. In the speech (with a blood-red backdrop that looked like something you’d see on a night with Moon in Scorpio), President Biden addressed the elephant in the room, calling out MAGA extremists and their leader, Donald Trump, as a peril to our democracy for their willingness to “fan the flames” of political violence for the sake of power at any cost.

Astro-logically, this “newly aggressive line of attack Biden has unleashed” (reports the Guardian) makes perfect sense. Avid Readers will recall that Biden’s Scorpio Sun was recently activated by transiting Mars in that aftermath of two lunar eclipses, and we expected a genie to jump out of a bottle or a curtain to fall. This is what is happening now, right? As another op-ed opines, Biden’s “rose-colored glasses are off” (an astrologer might argue that transiting Neptune is no longer opposing his Midheaven, as it was from 2019-2021). Or, as Bard College professor Joseph O’Neill tweeted, “Perhaps the most powerful element of Biden’s speech is the unspoken message to the Republican Party that the era of Democratic cowering is over. That is a very important step in the termination of an abusive relationship.” Can’t stop thinking of that Tarot Card of the Week image. Stick a fork in it, already.

The former guy’s horoscope was triggered by transiting Mars (as you may recall), and his surge of assertive energy included a vow to pardon anyone who participated in the January 6th attempted coup, should he prevail in 2024. Not only that, but in the Sibley horoscope for the United States, note that the U.S. Moon at 27 Aquarius was also activated by recent eclipses and transiting Mars. Thus, we expect a surge of bottlenecked energy affecting the entire country.  Astrology supports America now finding itself at a crossroads, with a critical midterm election on the horizon, and a choice to be made (though astro-logically, we have a few years to go before we can see how it will all work out). Democracy or authoritarianism. What will it be? (And yes, perhaps in a few years, a third option will have emerged).

This isn’t a new dilemma.  In November 2015, I posted a lengthy bit on potential fascism in the United States, suggested by planetary patterns.  Here is one from 2011, noting that events that happened in the 30s are up for a potential revisit. Astrology is amazing.

I’m thinking I’ll take Monday — Labor Day — off. Look for the next Sneak Peek at the Week on Tuesday. I will create a video Whether Forecast on Sunday — sign up here to have it delivered to you via email. And Whitney and I will soon be back at our mics, recording Episode 15 of “Off the Charts: A Stellar Newscast.” That will drop next Friday.

To schedule a personal consultation, here’s the 411.

Thank you for reading this Forecast — and sharing it with your friends. 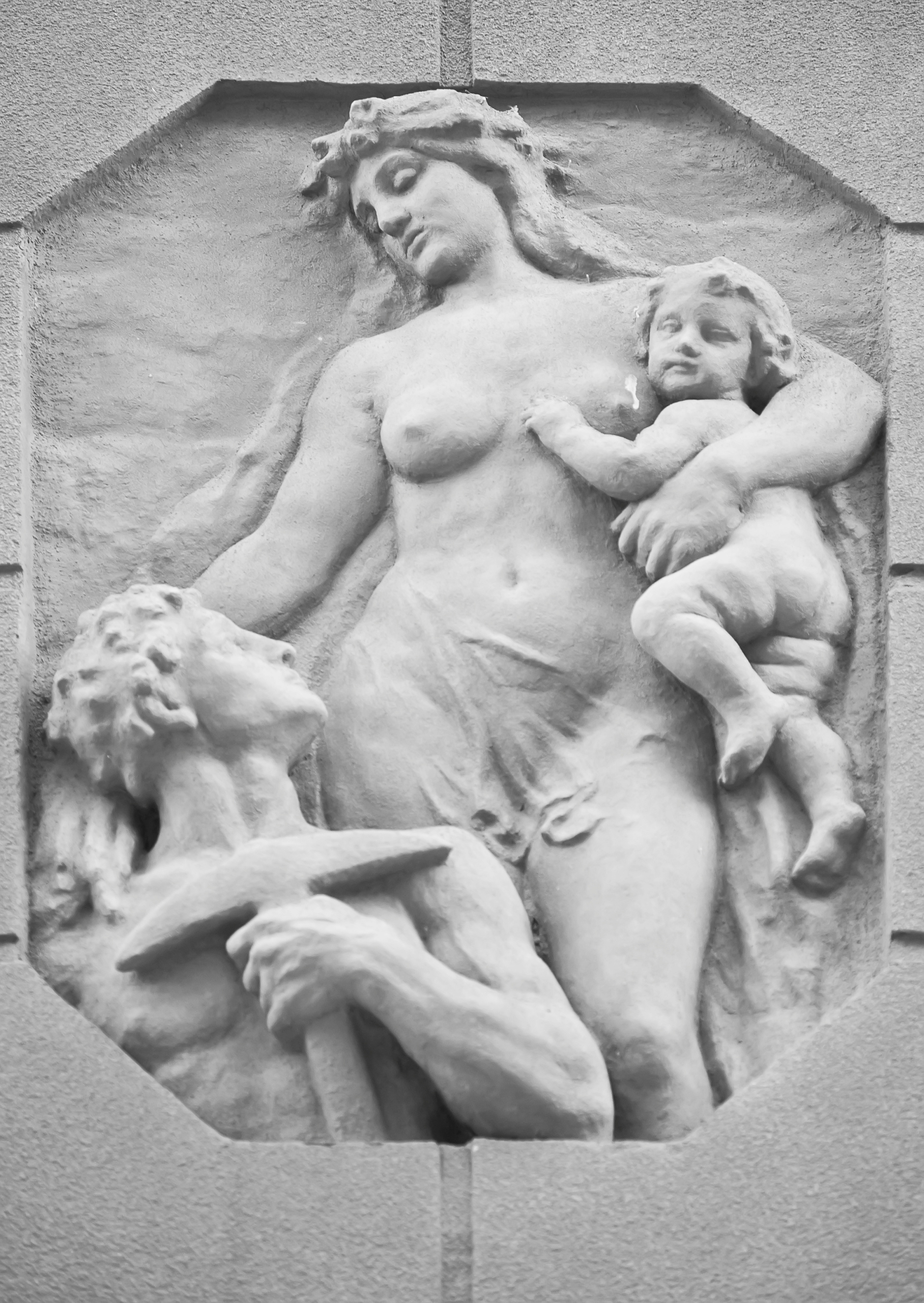 This wall relief of Aphrodite (Venus) and Hephaestus (Vulcan) is hopefully still intact in Kyiv, Ukraine.

Vulcan is the blacksmith of the gods, and Ancient Greeks thought he was the true ruler of Virgo — not Hermes/Mercury.

I thought it was an apt image for the ingress of Venus into Virgo on Monday.