It’s Friday, but not just any Friday. It’s an every-other-Friday, which means that a new episode of “Off the Charts: A Stellar Newscast” is available for your listening pleasure. Tune in and hear what astrologer Whitney Fishburn and I have to say about whose horoscope was affected by last week’s trigger of the last two lunar eclipses, and what seven months of Mars in Gemini is likely to bring. You’ll also want to read Whitney’s notes about the episode, ’cause they are just so darned thought-provoking and enlightening.

Here’s your recap of the weekend forecast:

No sleeping in on MONDAY. Moon enters Libra at 5:44 AM ET, focused on diplomacy, fairness and balance in relationships.

During today’s long, lingering, dead Moon void in drama queen Leo, the big show was the release of the affidavit that had to be filed in order for a judge to approve the FBI’s request for a search warrant of Mar-a-Lago. It was redacted, obviously — which is fitting for the “no consequences” Moon void. WaPo has annotated it, and you can read the redacted document here (I’m posting it as a gifted article — no paywall). Heather Cox Richardson will no doubt weigh in later tonight — and if you’ve never read one of her Letters from an American, here is the link to her Substack page. They are jam-packed with solid reporting, and best of all, HCR gives us her perspective as a historian, letting us know that we have all been here before. History — like astrology — is cyclical, and I hope this understanding gives you comfort in these interesting times. Alternatively, you can let Dan Rather get you up to speed right now in his Substack post —  aptly titled (given current planetary patterns) —  “We Should Not Become Inured to the Shock.”

UPDATE: on President Biden, whose horoscope is functioning as designed. Transiting Mars, triggered a surge of bottle-necked energy last week as it opposed his Scorpio Sun-Venus conjunction…then moved on to a meet-up with his Uranus (daring action!) and an opposition to his 3 Sagittarius Ascendant, where it was noted by Some People On The Twitter as follows:

“I genuinely have no idea what combination of factors has convinced Biden to abandon his traditional moderation for pugilistic anti-Trumpism and confident unilateral policy-making, but… isn’t this GREAT? Doesn’t it feel BETTER to be moving around, trying things, throwing punches?”

“At multiple points in his swaggering speech tonight, Biden made a point of using his major new climate bill to dunk in the face of deniers who blocked action for so many years.”

“Pugilistic” and “swaggering” are what we would expect when Mars is activating the horoscope, right? Astrology. Is. Amazing! Here’s more on that speech, ICYMI, with thoughts on how “the tide has shifted” for President Biden and his party. In other news, since Mars was on his Descendant (significant others) and Mars refers to attacks, it’s remarkable that the First Lady (Dr. Jill Biden) tested positive for Covid — in an apparent rebound.

Uranus stationing retrograde on Wednesday was expected to “coincide” with startling news in technology, with nuclear power being one possible angle:

Uranus square Venus and opposing Saturn, exact over the weekend, is already being reflected in the news. We expect startling and/or controlling stories involving women, art, values, social expression and money:

Do you know who Megan Coyne is? She used to run social media for the state of New Jersey, and she was so good at it, that she was hired by the White House. Take the above disruptive patterns and toss in Mars’ recent ingress into Gemini, which suggests words used as weapons, for better or worse. Then check out the White House’s “feisty” new Twitter feed, which caused quite a stir by shooting down the squeals of MAGA members of Congress who objected to President Biden’s forgiveness of up to $20,000 of student loan debt. How did the White House Twitter feed do this? By quoting said MAGA members and then revealing how many hundreds of thousands of dollars — and in some cases, millions — in PPP loans that they received — that were then later forgiven.

That’s the news for the weekend! Yes, I’m still offering my “Star Special” (as Avid Reader Stephanie calls it): a few paragraphs of personalized insights on what seven months of Mars in Gemini suggests for you. Toss $52 into my Cosmic Tip Jar as an expression of Joyful Random Appreciation. Then send me your birth data if I don’t already have it.

For in-depth personal consultations about your life, love, work, family, health, the Universe and Everything, here’s the 411.

Yes, I’m available to speak about astrology to your group, company retreat, book club or any other organization. I’m thrilled to report that I received four invitations just this week — my Moon in Gemini couldn’t be happier!! Here’s how to contact me. 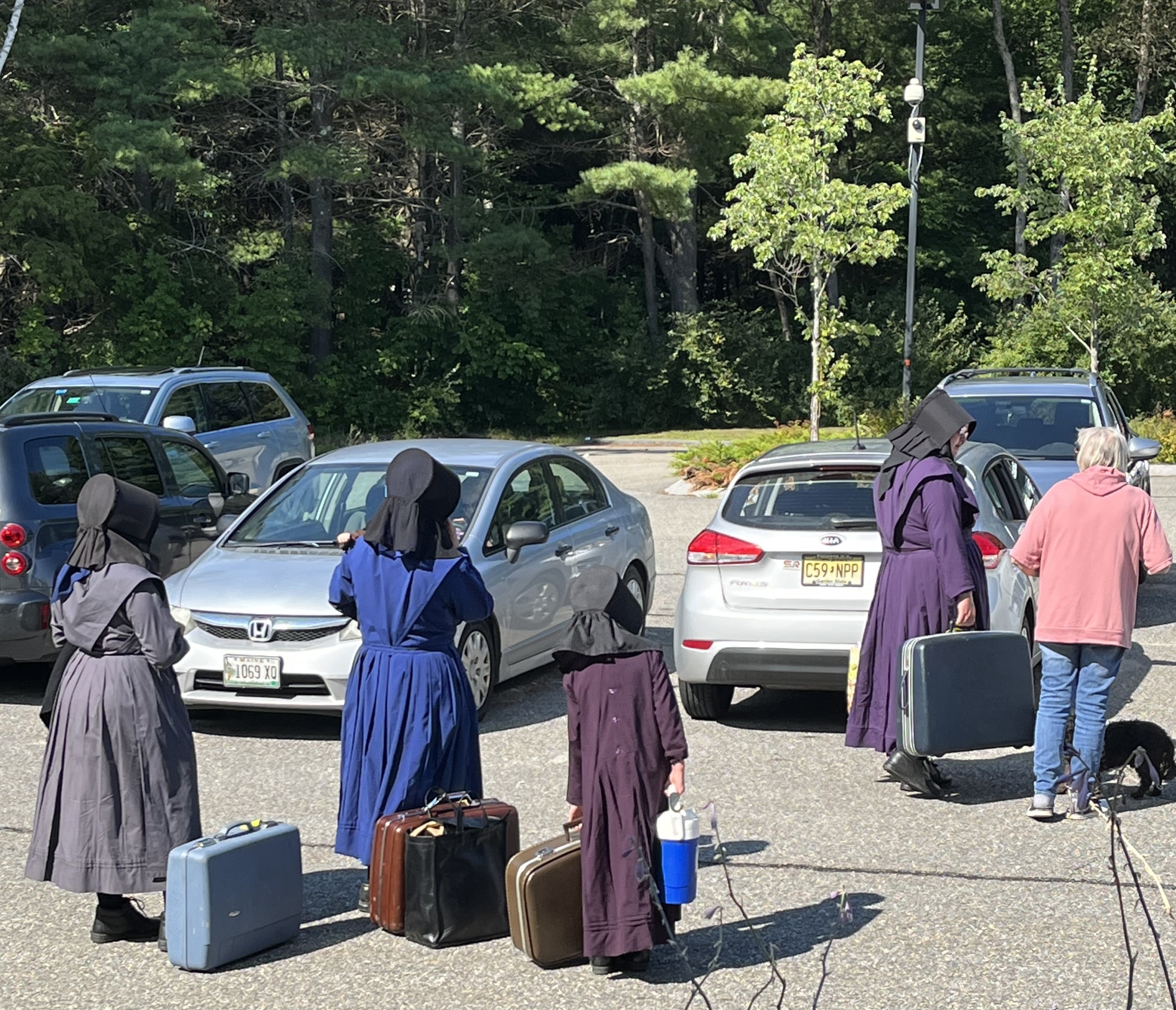 Unconventional women carrying their own baggage.