Friday and Saturday are brought to you by the Moon in Taurus, apt for establishing material comfort and security. Indulge in tangible, practical pleasures that favor the status quo. Such efforts are well-supported, now that we are past the potential surprising twist that may have coincided with the Moon’s weekly clash with rebel Uranus, exact at 9:26 AM ET.  File that one under “P45 defends tariffs on Mexico as stock markets reel”

Moon goes void on SATURDAY at 6:52 PM ET. Enjoy your chill! Note that we are at the end of the lunar cycle, a time when we may feel restless or listless, sensing that something new is just around the corner. Chill! On SUNDAY, Moon enters information junkie Gemini at 7:48 AM ET, no doubt with some deep tale to tell involving women, money, aesthetics — how and whom/what we love.  Take some time to make a list and set your intentions for the New Moon in Gemini that begins on MONDAY at 6:02 AM ET. No sleeping in.

With Mercury making contact with Neptune and Jupiter, we anticipated BIG statements of opinion, some of which may have been overly idealistic or muddled at best. More rose-colored expressions were suggested by Venus in harmony with Neptune. Fun fact: Neptune refers to music, and I noticed more than one person humming to themselves on the streets of New York this week (myself included). Did you have a musical escape, too?

Here in these United States, Robert Mueller made a surprise announcement that the office of the Special Counsel is now closed. He did not take questions. Notable takeaways:

“…under longstanding department policy, a president cannot be charged with a federal crime while he is in office. That is unconstitutional. Even if the charge is kept under seal and hidden from public view, that, too, is prohibited. A special counsel’s office is part of the Department of Justice, and by regulation, it was bound by that department policy. Charging the president with a crime was therefore not an option we could consider.

“…the Constitution requires a process other than the criminal justice system to formally accuse a sitting president of wrongdoing.

“…I will close by reiterating the central allegation of our indictments, that there were multiple, systematic efforts to interfere in our election. And that allegation deserves the attention of every American. “

Everybody clear on this? With his Mercury and Mars in Virgo, seeking perfection in though and action, we can appreciate that Mueller would want everyone to get it. It must be frustrating to have transiting Neptune (which dissolves whatever it touches), infringing on the perfect execution of Mars. This cycle started in mid-March, and Avid Readers were advised that it would be significant. That is when he sent his report to AG William Barr, who wrapped it in duct tape and rose-colored fog. Neptune turns retrograde on June 21st and will throw more fog on Mueller’s Mars on October 14 and January 8, with still more to come on this theme up until August of 2020. Wait and see.

Meanwhile, we can all talk about whether or not Mueller is overly-idealistic to think that Congress will take action (see quote #3 above).

Here’s another one, with bonus input from Jupiter (big!) and  Venus-Pluto (power and news from underground, as the evidence in question is from a dead man’s hard drive): “Despite P45 administration denials, new evidence suggests citizenship census question was crafted to benefit white Republicans.”

Also affected by transiting Uranus —  on his Taurus Moon: Elton John. A biopic about him — “Rocketman” — opens in the U.S. this weekend. It’s “better at the tiaras than the tantrums,” says on reviewer. Well, who needs tantrums in a weekend dominated by Mercury, Neptune and Venus? Bring on the tiaras!

Here’s a story with Mercury and Venus in touch with Neptune written all over it: “Dementia stopped Peter Max from painting. For some it was a lucrative opportunity.”

What’s going on in your horoscope? Are you due for a move, a split or a promotion? What do you really need to have in order to feel fulfilled? What is your purpose in this lifetime? These and other important questions can be answered in a personal consultation. Here’s the 411.

Thank you for reading this forecast — and for the wonderful referrals. Your friends are fabulous…and so are you. 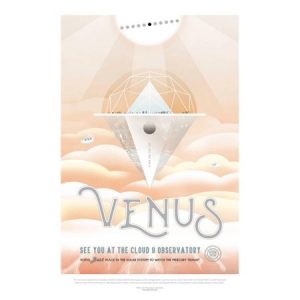