Cynthia Rose and I spent the penultimate hour of the astrological year talking about why the first day of a season is so significant. Listen and learn all about the March 2019 Full Moon in Libra on the Aries Point, the Vernal Equinox, Mercury retrograde in Pisces and Uranus in Taurus.  Thank you, Cynthia for having me on your show again :) 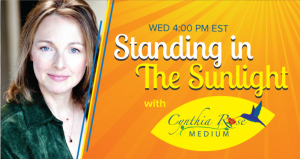 Chiron, the Wounded Healer will be in Aries until April of 2027, perhaps offering us an opportunity to repair some of the most disruptive effects that happened during rebel Uranus’s seven-year stay in Aries. Uranus in Aries brought you me-me-me to its shockingly self-reliant max: the gig economy, selfies, cars without drivers and drones come to mind. But what does it mean to be self-reliant in  a world that feels like it’s falling apart? What’s our connection? Who are we, anyway?

Chiron was last in Aries from 1968 – 1977. Remember the 70s? They called it “the Me Generation.” In Aries, Chiron suggests the pain of self-denial and inaction. The challenge of Chiron in Aries is to heal the “wounded warrior” (a warrior is what Aries needs to be), through acts of courage and positive self-assertion.  And that’s what Chris Flisher and I were talking about in February — here is the link — let me know what you think. 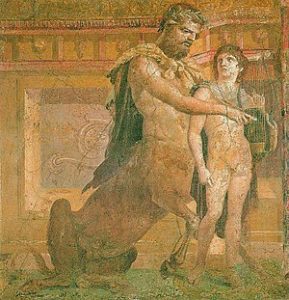 I was delighted to be a guest on a recent edition of “Standing in the Sunlight,” hosted by Cynthia Rose MacCaw on OmTimes Radio.  I hope you enjoy listening to our chat as much as we enjoyed having it.  Here is the link.  Thank you, Cynthia!

I’m delighted to share this link to a recent conversation with astrologer/artist Chris Flisher. Chris has been interviewing fellow astrologers for over a decade on his weekly internet show, “Turning of the Wheel.”

Gratitude to Chris for the kind invitation — it was fun!

This article was published in the August/September 2017 issue of The Mountain Astrologer. It starts like this:

Thanks to the November 2016 election and a well-timed ISAR conference, astrology generated a lot of press last fall in mainstream publications. Even The Wall Street Journal wrote about Hillary Clinton’s unconfirmed birth time and the challenge it posed for astrologers striving to predict the election outcome. The Wall Street Journal — wow! That’s great exposure for astrology, right?

Stop Talking About the Planets 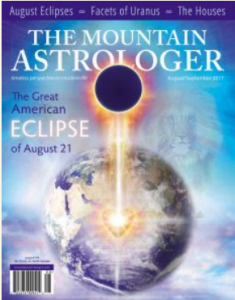 When someone makes news, the horoscope is hot — whether that someone is alive or not. What’s happening when dearly departed souls return to haunt the headlines? This article — my first for The Mountain Astrologer — was published in the December/January 2017 issue.  Astrodienst selected it as a feature article shortly thereafter — read it here: 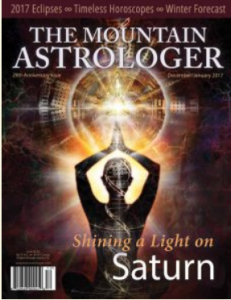 “There’s nothing wrong with a little guesswork, but when it comes to real, bona fide intel on what’s going on in the always-turbulent world of chic, we turned to the experts, Astrologer Elisabeth Grace and psychic Peri Lyons to give us the dish on the futures of the most-watched designers in Paris. Grace studied the charts and Lyons channeled her sixth sense to provide some insight into how they’re faring in their roles both brand new and relatively recent. Did their different techniques produce similar results?”

(Note: This article appeared in a newsletter published by NCGR,  an organization whose members include professional  and student astrologers. That is why the article contains astro-logical jargon. Please be advised that in one-on-one client consultations, no jargon is spoken. If you would like to book a personal consultation to discuss your horoscope in plain English, give me a call or send me an email.)

It’s finally here…the start of a series of seven exact squares between ruthless, transformational Pluto in patriarchal, institutional Capricorn and rebel Uranus, disruptor of the status quo in me-me-me Aries. Some say it’s the end of the world; others say it’s the end of the world as we know it. Breakdowns in governments and financial institutions. Declarations of independence around the globe. Coping with crises we haven’t even imagined. That’s the big picture. But what does it suggest for you?

A planet or horoscope angle in the first half of the cardinal signs (Aries, Cancer, Libra and Capricorn) that is challenged by a hard aspect from Pluto-Uranus suggests the potential for a turning point in one’s life, usually experienced as upheavals and breakdowns and/or opportunities for emancipation and empowerment. If you’re an astrologer with a thriving practice, clients with planets or angles at 4-10 cardinal have surely been knocking on your door in recent months, needing insight and guidance in personal crises of change.

Here are a few cases from my files:

Pluto and Uranus in hard aspect to the Ascendant and/or Midheaven suggests dramatic changes of perspective in identity and relationships; major changes of direction in profession; break-outs and break-ups; a reach for power; new starts, including geographic relocation. Case in point: in 2010, a client asked if her married lover was likely to file for divorce that year. I did feel a change of status in his marital relationship was highly probable  — not in 2010, but in mid-2011. Why? His Ascendant is at 5 Libra; his Sun is at 7 Cancer conjunct the MC at 6 Cancer. When Pluto and Uranus both hit 5-6 cardinal in the summer, his wife did file for divorce –  for a very surprising reason.

Another client with MC at 6 Capricorn felt compelled to leave her job overseas and move back to the United States when Pluto conjoined the MC. Ultimately she wants to change professions entirely, marry and start a family. How long might this process take? My client’s Ascendant is 11 Aries. Uranus and Pluto will complete transits to the angles of her horoscope at the end of 2014. Her exciting, transformational journey has just begun.