As astrologers like to say, “As above, so below.” Saturn, Venus and Jupiter  turn retrograde this month — on the 10th, 12th and 14th, respectively. Word to the wise: slow down. Focus. Because that is what these three planets are doing — soon to join Pluto for a period of REview. This can be extremely productive.

If you live in a state that is rushing to open up for business, caution is advised. These initiatives are being launched under the dreamy spell suggested by Venus square Neptune, exact on May 3rd, May 20th and July 27th. Venus-Neptune patterns are wonderfully inspiring for artists and spiritual types, so please dream on!  However, they also reflect a need for ideals. An ideal is a fantastic thing to frame and hang on your wall, or use to inspire others to create a better world. Idealism is problematic when it refuses to face inconvenient facts.

Exhibit A, as pointed out in Heather Cox Richardson‘s May 1st edition of Letters From An American is that the P45 Administration and its enablers are working overtime to gloss over the fact that tens of thousands of people in the United States (67,365 as of 2:14 PM ET today) Have. Died. From. Covid-19 — which Jared Kushner proclaims a “great success story.” Right. A great success story — when the number of dead now surpasses the number of Americans who were killed in the Vietnam War (which lasted eight years).

Exhibit B, pointed out by HCR in the May 2nd edition, calls out the media for enabling the P45 Administration to seize control of the narrative (the Venus — Neptune pixie-dusted spin) now driving the U.S. presidential campaign. Avid Readers will recall that the narrative spin of the 2016 presidential campaign was also surreal — and brought to you by Saturn square Neptune. Those who forget history are doomed to repeat it.

Let the record show that both of those HCR letters and this forecast were written under an industrious Virgo Moon, seeking to make things correct in exacting detail.

Exhibit C is a repeat of  Julio Vincent Gambuto’s article from April 10: “Prepare for the Ultimate Gaslighting.” In his follow-up —  “The Gaslighting Has Begun. Resist”  — he lays out a case for doing exactly what these retrogrades suggest: resisting the urge to return to autopilot hamster wheel. I stumbled across it after writing that idealism can be used to inspire others to create a better world.  I wonder how much Gambuto knows about astrology. I’m impressed that he suggests using this next month to REview and  REconsider who, what and how you love — and how you spend your money. That is just so Venus retrograde.

In the days before a planet’s change of direction, the matters symbolized by that planet present themselves with the insistence of a driver leaning on the horn of her car. For Saturn in Aquarius: social distancing, controlled networking; the power of smaller groups of like-minded souls; controls in technology, astrology and aviation. For Venus in Gemini: how the mind and what is said reflects our values and aesthetics; beauty for the sake of entertainment; pleasure through information and chatter; diversity of social expression; double-talk. For Jupiter in Capricorn: reward/expansion for those deemed to have “earned it.”

UPDATE: on Sunday, hours before Saturn officially turned retrograde in Aquarius, NYT published: “The Astrologers Didn’t Predict Coronavirus“. Gratitude to the NYT for once again proving the validity of astrology by publishing an article about the subject, in sync with planetary patterns — and as anticipated.

Here’s how the week unfolds:

Everything coming up roses reflects the pixie-dusted spell of Venus square Neptune. We expect ideals of women, art, money to be associated with themes of scandal, fog, healing, forgiveness, victims.

If you are enjoying this forecast, Avid Reader Diane has asked me to invite you to support it by becoming a Faithful Monthly Avid Reader or Fairy Godparent or even a Biggest Fan. For the cost of a glass of cheap Chardonnay or modest Malbec, you can support efforts to keep you informed on all the important astro-happenings, as well as maintain this website. Here’s how you may follow up on Avid Reader Diane’s invitation, with gratitude.

UPDATE: on George W. Bush, who suddenly made news over the weekend with a “Message to America,” calling for an “end to pandemic partisanship.” It is the perfect time for him to have a fresh new start, as transiting Uranus just squared his Leo Ascendant. Jupiter, Saturn and Pluto squared his Midheaven and opposed his Saturn, so this fresh start needs to have gravitas.  One expression of a perfectly timed fresh start was a flurry of news a month ago reminding us that it was Bush who presciently initiated a serious strategy and infrastructure for combating a pandemic. Back in 2005, he read a book about the Spanish flu epidemic — while on vacation. The Obama Administration sustained and developed Bush’s protective initiatives because obviously. Then P45 demolished them, with the help of John Bolton.

Bush’s horoscope is under tremendous developmental tension this year. We see potential for empowering moves in home, family and profession. The way he thinks is likely to be rewired, as transiting Uranus will also square his intense Mercury-Pluto conjunction. What will he do with this potential? Looking ahead to 2021, it is interesting to see transiting Pluto opposing Saturn. This measurement suggests intense effort against a threat of potential loss — all year long. This is the same heavy challenge that’s active in P45’s horoscope through all of 2020.

Guess who else has a similar pattern in 2021? Barack Obama, who will have transiting Pluto conjunct his Saturn. It’s striking that Bush and Obama  — born almost two decades apart — have scheduled this experience in their cosmic calendar at the same time — but one year after P45. It’s also striking that Bush and Obama’s Saturns are more closely connected to the U.S. horoscope’s Pluto at 27 Capricorn. Will their experience be tied to the U.S. Pluto Return, in effect now — and exact in 2022? If so, how? We shall see.

Stephen Colbert opened a recent show with a graphic that read, “Hallucination,” but now I can’t find it. Must have been a dream. In other news, Jezebel reports that “We’re All Having the Same Covid Nightmares.”

Thank you for reading this forecast. To schedule a personal consultation on how to maximize opportunities as we move into these summer retrogrades, here’s the 411. To grab a copy of my five-page essay on how to use astrology to determine if a statement is true (apt for students and professionals), toss $18 into the Cosmic Tip Jar. 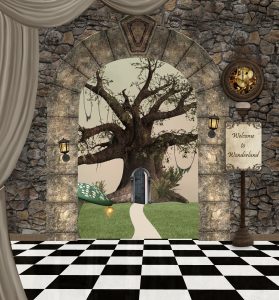